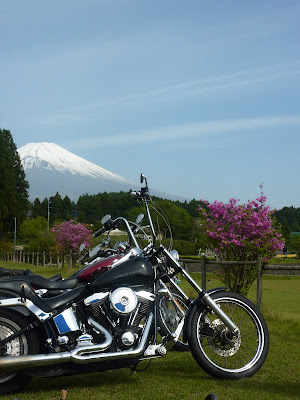 Since Yuri first got pregnant with Lin more than eight years ago, I’ve been dreaming of going on touring trips with the whole family on two bikes, and now we’re finally doing it! 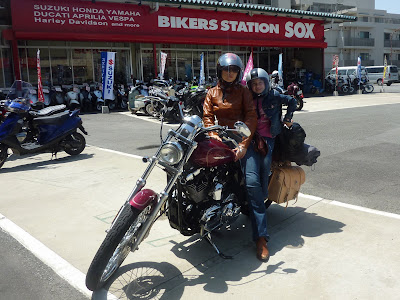 This is only the second time Yuri’s had anyone on the back of her bike, much less loaded up with camping gear, and Mai’s never done a long ride before, so we picked a relatively close campsite in Susono, at the foot of Mt. Fuji.

So the ride itself wasn’t too exciting, but there was comparatively little traffic since it was the weekend after the Golden Week break, and the weather was great. The girls even got to surprise Yuri with a Mother’s Day gift of wildflower bouquets they gathered at the campground and a chocolate bar Lin bought the day before and hid in my saddlebag. 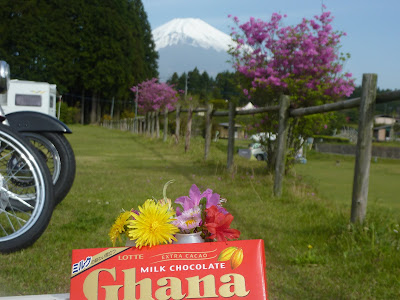 Even though this was mostly a practice run for later camping trips and rallies, we had an amazing time, the girls had lots of fun, and Yuri got a good chance to put her Sportster through its paces. Here’s to lots more to come!